A close look at disease and suffering would lead most of us to the same conclusion: our natural environment is inextricably linked to our health. When the Army Corps of Engineers approved the construction of the Dakota Access Pipeline (DAPL) in July 2016, thousands of water protectors from across the world gathered in protest. Through staunch, organized resistance, indigenous activists and their non-indigenous allies refuted the proposed pipeline, which now shuttles over 500,000 barrels of oil per day through the Standing Rock Sioux’s sole water supply and most coveted burial grounds.

In December 2016, I joined the thousands at Standing Rock to briefly bear witness to their commitment to protecting the health and well-being of future generations. Eager to assist, I provided medical care to these heroes, many of whom had given up their jobs, quit school, or come out of retirement in solidarity with the water protectors. Their determination and strength became even more inspirational when a blizzard brought -40° F in its wake, trapping everyone inside the camp for several days. 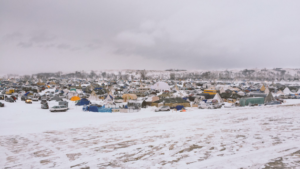 After battling corporate juggernauts, state governments, and fossil fuel lobbyists for months, the Standing Rock Sioux Tribe and their allies neared victory when the Obama administration denied a permit required for the pipeline’s completion. Just a couple of months later, however, President Trump authorized its advancement and on February 23rd, 2017, the U.S. National Guard evicted the final Standing Rock protestors from the Oceti Sakowin camp. This week marks the two-year anniversary of that eviction. 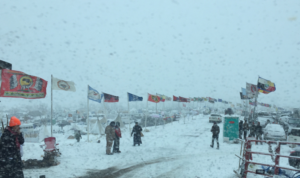 Let us utilize this regretful anniversary to remind ourselves that the construction of DAPL is far from an isolated example of U.S. federal policy privileging corporate interests over Native health. Between 1944 and 1986, mining companies exploded more than four million tons of uranium on Navajo lands, producing adverse health outcomes that remain to this day. A recent study found that over 160,000 abandoned hard rock mines throughout the Western United States have “created a legacy of chronic exposures to metal mixtures in Native American communities.” According to the authors, “as mineral resources were identified on those lands, ethical and legal responsibilities set in the treaties were abrogated by the US government to provide access for mining by successively shrinking the area of lands designated to each tribe.” 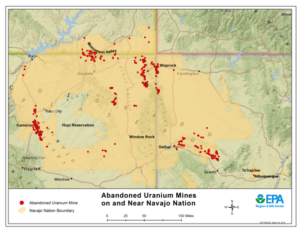 As a result, adults, neonates, and children from communities near these abandoned sites live with higher levels of uranium and other toxic metals, increasing their risk of “developing multiple chronic diseases linked to their proximity to the mine,” such as “kidney disease and hypertension.” Surely not by coincidence, between the 1970s and the 1990s, cancer rates doubled on the Navajo Nation. Unfortunately, as this week’s anniversary reminds us, this era of profit-driven exploitation has not yet passed.

As physicians, we must educate ourselves on how profit-driven policies lead to specific diseases in the Native American patients we have the privilege to treat. To be sure, involuntary exposure to uranium is a root cause of suffering and disease in these communities. We have a responsibility to our patients to avail ourselves of this history that is taught in few- if any- medical school textbooks.

Above all else, this week is a reminder of the power in mass mobilization to catalyze a movement that spurs headlines and support from all over the world. The water protectors at Standing Rock were a fraction away from halting the construction of DAPL, and they have not given up yet; two years later, thousands of water protectors struggle together, mostly unseen from the public’s eyes or the media’s attention. With the health consequences of these policies historically evident, it is time that more physicians join the struggle to protect the health of future generations.