Reflections from the Matamoros-Brownsville Refugee Camp 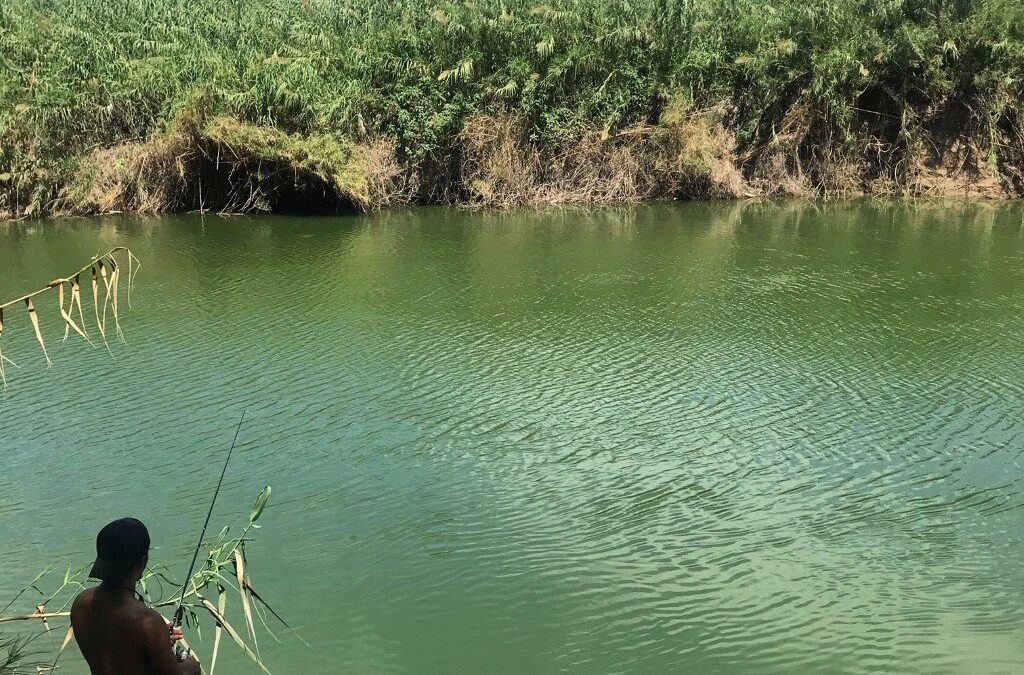 This blog was authored by Anik Patel, MD FAAP. He works with Arc Health partner Sage Memorial Hospital in Ganado, AZ as a pediatrician.

“Está tan cerca y tan lejos,” our interpreter said to me as we sat under the shade of a tree in the afternoon August sun, watching an asylum-seeker fishing unsuccessfully in the Rio Grande. “It’s so close and yet so far.” We stared across the green river to the other side, the US. I had now spent two weeks in Matamoros, Mexico, just across the border from Brownsville, Texas, as part of my Arc Health Leave time, joining Global Response Management as a pediatrician. I worked with a team made up of American volunteers as well as asylum-seekers who were physicians, nurses, and pharmacists back in their homelands.

Matamoros refugee camp consists of about 1,000 people, trapped in limbo as they wait to seek asylum in the US. There are thousands more in the city itself as floodwaters from Hurricane Hanna made it unsafe for folks to live so close to the Rio Grande. Due to the immigration policies of the current administration, many have been waiting for more than a year to seek asylum. Migrant Protection Protocols or MPP, known colloquially as the “Remain in Mexico Policy,” forces asylum-seekers to remain in Mexico as their proceedings occur in the US. With the Third Country Asylum Rule, the US could deny asylum if asylum-seekers failed to ask for it in a third country en route to the US. And most recently, with the onset of the COVID-19 pandemic, asylum proceedings have grinded to a halt as asylum-seekers are not allowed to enter the US and thousands of asylum-seekers have been expelled and deported without being able to ask for asylum, all under the pretext of preventing the spread of coronavirus in a country where the virus is now endemic.

Nearly all of the folks I met in the camp were fleeing something: families running away from gangs (also known as maras) and cartels threatening their lives, LGBTQ folks afraid of being murdered in their homelands, political refugees terrified of their governments after speaking out against injustices and corruption, domestic violence victims fleeing their abusers. These survivors, my patients, told me pieces of their story, about notorious places along the migrant route: Tapachula (a city teeming with refugees along the Mexico-Guatemala border), the Darien Gap (a lawless wilderness on the border of Panama and Colombia), La Arrocera (the land between Tapachula and Arriaga, Mexico, notorious for sexual assaults). I wondered how many of them had ridden on top of freight trains to the US border, referred to collectively as “La Bestia.”

There are so many children in Matamoros Camp. Kids racing between tents and tarps, under clotheslines. Kids swinging in the hammocks, playing soccer, playing canicas or marbles, playing las damas or checkers. Kids reading books, doing homework and school lessons, standing in line for donations, listening to music on their parents’ phones, washing clothes in the communal laundry sinks. Babies being bathed in buckets and passed from one mother to another as they run errands. 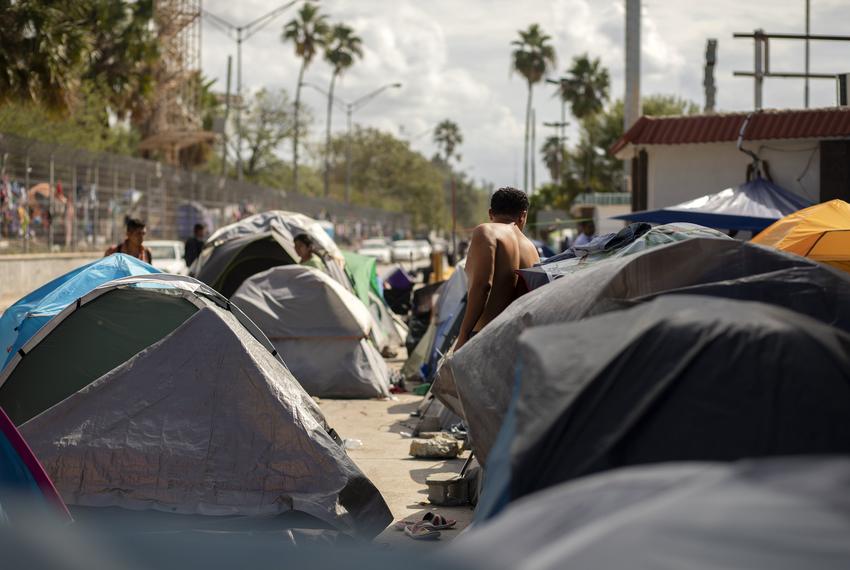 These kids are survivors. They have walked and taken buses hundreds of miles from Central America. They survived gang and cartel violence. Many crossed rivers and jungles on horseback and on foot. Many were kidnapped with their parents by cartels and held for ransom so relatives are forced to pay for their freedom. Many have tried to cross the border multiple times with coyotes (smugglers) not knowing if they would make it across to safety. For months, now, they have struggled to live in a camp that is unsafe, crowded, and inhumane.

Despite all of this, the kids continue to play, grow, laugh, and adapt. They, along with their families, resiliently hold on to hope that the US will provide them with sanctuary, despite their current living conditions. They still believe in the nation that has emblazoned on a plaque on the Statue of Liberty, “Give me your tired, your poor, your huddled masses yearning to breathe free.”

I thought about all of this as we sat under the shade of the tree, watching a white Border Patrol truck roll by on a dirt road parallel to the Rio Grande, and wondering, “How did we lose our way?”

As physicians, it is important – now more than ever – to take action on the unthinkable injustices occurring on a daily basis, using the platform and privilege which we are given in society. Advocating for issues such as immigration policy, refugee health, and human rights are all within a physician’s “lane.” Healthcare providers can volunteer along the border with NGOs providing acute medical care such as Global Response Management. People that would like to help folks directly on the ground can consider donating to NGOs such as Team Brownsville which provides logistical support to the folks in Matamoros. Donations also can be made to reputable NGOs that provide legal assistance to asylum seekers such as RAICES. The families in Matamoros camp have endured unthinkable adversity. We, as healthcare providers, should honor their resilience, courage, dignity, and humanity by doing our part.