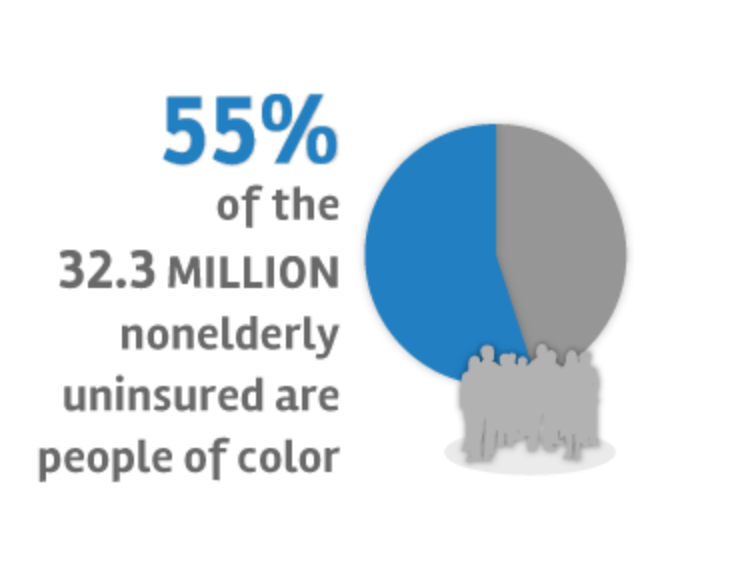 Fifteen years ago, as a medical student, I learned a terrifying lesson about blindly using race-based medicine. I was taking care of Mr. Smith, a thin man in his late 60s, who entered the hospital with severe back pain and a fever. As the student on the hospital team, I spent over an hour interviewing him, asking relevant questions about his medical and social history, the medications he took, and the details of his symptoms. I learned Mr. Smith was a veteran who ran into tough times that left him chronically homeless, uninsured, and suffering from hypertension and diabetes. I performed a complete physical exam, paying particularly close attention to his back. Upon reviewing his blood tests and kidney function, I read the computer’s report: “normal.”

I felt confident as I presented Mr. Smith’s treatment plan to my attending physician: I recommended a CT scan, ibuprofen for pain, blood pressure lowering medication, and an antibiotic. My attending listened quietly, reviewed the labs herself, and then firmly corrected every aspect of my treatment proposal. “His kidney function is NOT normal. What you want to do for him can further damage his kidneys. The lab reported his creatinine as ‘normal’ because it has an algorithm that makes faulty assumptions based on race.” Mr. Smith, according to the medical record, was African American.

I almost harmed Mr. Smith because I hadn’t realized that the exact same creatinine level (the key metric for kidney function) yields two different reports based on whether you’re African American or not. The logic goes that because black people supposedly have higher muscle mass on average, healthy creatinine levels for those who check the “black” box is different from those who check other boxes. Physicians around the country continue to rely on this metric even when the black patient is thin, like Mr. Smith. This example of race-based creatinine levels to determine kidney function is a symptom of race-based medicine in general: (poorly defined) racial categories are often used as proxies to explain discrepancies in health outcomes by race, which is a potentially dangerous analysis. Mr. Smith’s case forced me to consider why race-based medicine is problematic and where our attention as healthcare providers should be directed instead.

What is certain is that health inequities persist along racial lines. African Americans and Hispanics have higher rates of diabetes, hypertension, and heart disease than other groups (Figure 1).[1] American Indians and Alaskan Natives are 2.1 times as likely to be diagnosed with diabetes as white individuals and the prevalence of obesity in this population is higher than any other group. While it would be convenient to attribute these disparities to genetic difference, this is simply not the case.

Using race to predict different health outcomes is problematic for more reasons than one. Let’s start with why it’s bad science and bad medicine. Because racial categories have been socially constructed, the definitions and qualifications for each race are dependent on location and time.

These racial categories have been proven time and time again to mean very little genetically, yet medicine continues to assume that innate biological difference among races explains racial disparities in health. Why would we test race to predict muscle mass to then predict kidney function when instead we can just test muscle mass to predict kidney function? That would avoid crude metrics like race and use more scientifically-justified criteria to predict health outcomes. 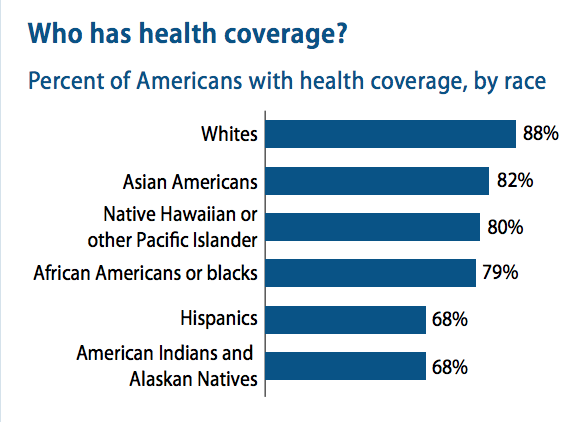 The second problem with race-based medicine is that it detracts clinicians from the social determinants of health disparities. If we really want to know why the above statistics hold true, let’s start by looking at insurance rates among these groups (Figures 2-3). Eighty-eight percent of whites have health insurance while only 79% of African Americans and 68% of Hispanics and Native Americans do. One in five Latinos reported not seeking medical care due to a language barrier. Forty-six percent of nonelderly blacks without health insurance report having one or more chronic health condition. High rates of incarceration among communities of color (Figure 4), exposure to environmental toxins, underfunded schools, food deserts, and the daily stress of racial discrimination all play powerful roles in determining health outcomes. Race-based discrimination also enters the hospital. Blacks and Latinos are twice as likely to be refused pain medication than whites for the exact same injury because black and brown patients are perceived to feel less pain or to somehow be more prone to addiction. These social and political factors, not race-based computer algorithms, must be the target of our focus as clinicians. 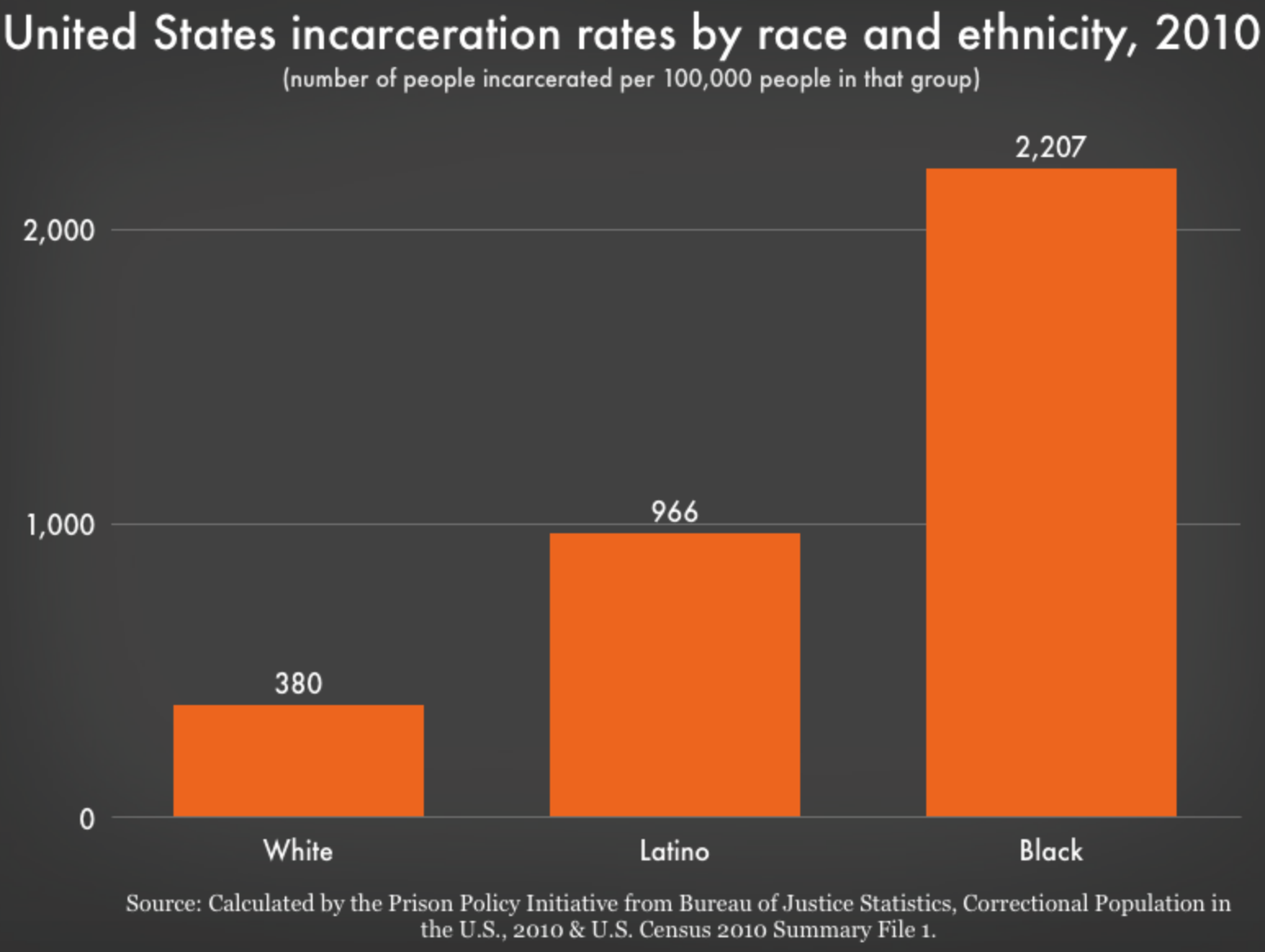 As healthcare providers, we must focus on the much more complicated ways our country’s healthcare, education, and prison systems discriminately affect health outcomes. Thinking back to my experience with Mr. Smith, my plan should have addressed his homelessness and access to healthcare as causes for his sickness because for him, social factors, policies, and opportunities influenced his health far more than genetics. Mr. Smith’s case taught me a valuable lesson that I continue to believe today: when we see differences in health outcomes along racial lines, our focus should not be directed toward innate biological difference, but toward social inequity. The medical establishment, and we as healthcare providers, have a big role to play in changing this narrative.

[1] The authors understand that the term “Hispanic” is controversial. We have decided to use this term in this instance, however, to be consistent with the categorizations used by national healthcare agencies, such as the CDC. For more discussion about on the term, see here.