Now More Than Ever, the Case for Medicaid Expansion 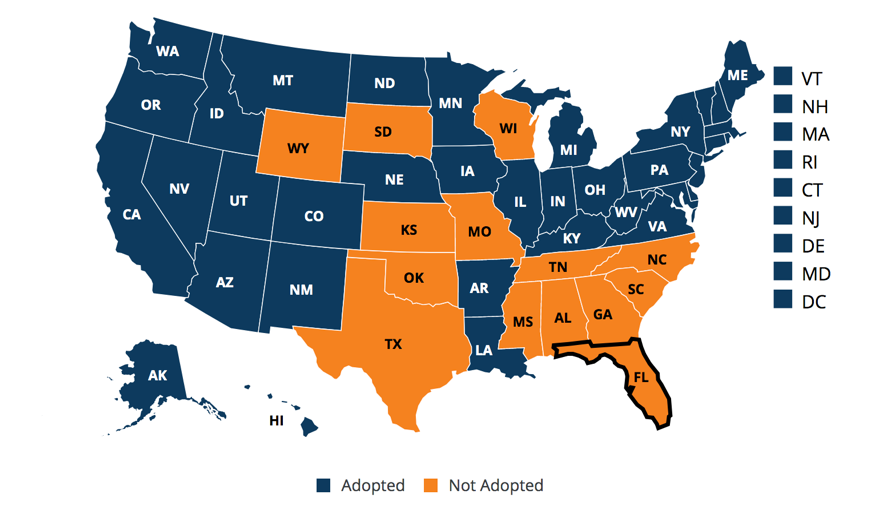 A friend of mine told me the other day, “We’ve seen our insured patient population go from 15% to 70% in the few years since Obamacare.” As a primary care physician in the Midwest, he’s worked for years in an inner-city clinic that serves a poor community, many of whom also suffer from mental illness. Before the Affordable Care Act (ACA), the clinic constantly struggled to stay afloat financially. Too often patients would be sent to an emergency room because the clinic couldn’t afford to provide some of the simplest medical tests, like an x-ray. Now, with most of his patients insured through the Medicaid expansion program, the clinic has beefed up its staffing and ancillary services, allowing them to provide better preventive care, and in turn, reduce costly ER visits.

From the time Medicaid was established in 1965 as the country’s first federally-funded health insurance plan for low-income individuals, state governments have only been required to cover the poorest of their citizens. Before the ACA, some 47 million Americans were uninsured because their incomes exceeded state-determined benchmarks for Medicaid eligibility and they earned far too little to buy insurance through the private marketplace.

The ACA reduced the number of uninsured Americans by mandating that states increase their income requirement for Medicaid to 138% of the federal poverty line (about $1,330 per month for a single individual), and promising that the federal government would cover the cost to do so. However, in a 2012 decision, the Supreme Court left it to the states to decide if they wanted to increase their Medicaid eligibility. If they agreed to adopt Medicaid expansion, the federal government offered to cover 100% of the increased cost in 2014 and 90% by 2021.

Given the demonstrable health benefits of Medicaid expansion in Kentucky, it may come as a surprise to hear that Governor Matt Bevin has implemented work and volunteer requirements for Medicaid beneficiaries in an attempt to significantly reduce the number of eligible Medicaid applicants. Echoing an argument made by opponents in the fourteen states that remain unexpanded and the several others who are introducing similar measures to rollback signups, Governor Bevin claims that even though federal funds will foot the overwhelming majority of the cost, increased Medicaid enrollment will cost state taxpayers billions of dollars.

However, data from states that have already expanded suggests this claim is statistically unsubstantiated. In Montana, for example, Medicaid expansion cost the state $24 million in 2017, but saved them close to $25 million by decreasing the uninsured rate, ultimately “leaving Montana with a surplus of $700,000” in the 2017 fiscal year. Arkansas and Kentucky, two original expansion states, accumulated enough savings from the first two years of expansion to cover the costs until 2021 on their own. We see a similar story in Michigan, where a state-wide study by a team of researchers at the Gerald School of Public Policy “confirms that federal funding for Medicaid expansion offers states a fiscal benefit through reduced state spending on Medicaid-covering services and a macroeconomic benefit through increased economic activity…” 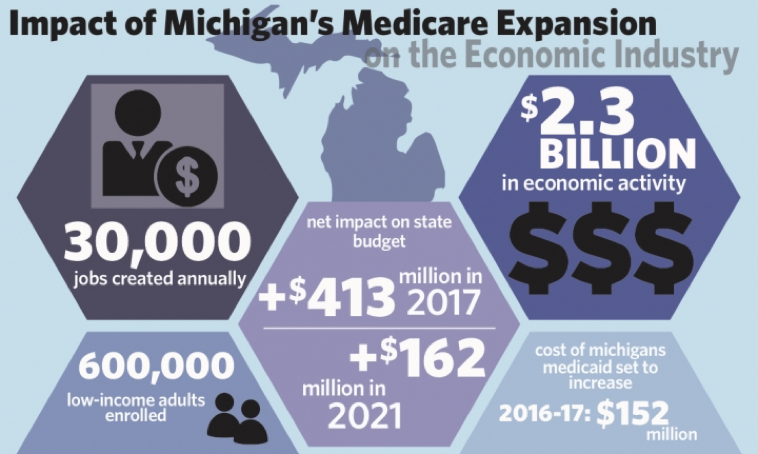 For American Indians and Alaska Natives (AIAN), the implications of Medicaid expansion are particularly high. In states that have adopted expansion, hospitals and clinics under Indian Health Services, the federal program offering healthcare to enrolled tribal members, have significantly increased the number of patients they treat with health insurance, allowing them to bill for services that had been previously uncompensated. The augmented revenue from compensated care has allowed these hospitals and clinics to increase their personnel and offer services that have been long denied. In Montana, for example, Native Americans represent only 8% of the population, but 16% of residents covered under Medicaid expansion, laying a particularly heavy burden on AIAN communities if expansion were rolled back or cut altogether. 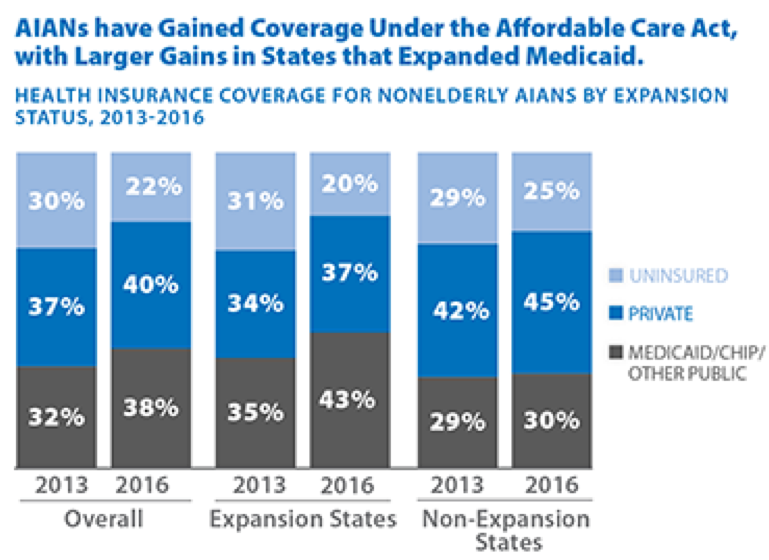 By any meaningful metric, the ACA has transformed the landscape of care for the poor and underserved. The evidence is clear: Medicaid expansion is not only morally responsible, but also fiscally verified. As a study by the Brookings Institute concluded, “The strong balance of objective evidence indicates that actual costs to states so far from expanding Medicaid are negligible or minor, and that states across the political spectrum do not regret their decision to expand Medicaid.” If the best healthcare at the lowest cost is truly the goal of lawmakers, then accepting the ACA’s offer to have the federal government finance no less than 90% of the increased cost of expansion is a proven step forward. However, fourteen states continue to refuse the deal and other states that have expanded, such as Arkansas, Montana, and Kentucky, have introduced measures that attempt to roll back Medicaid eligibility.

Physicians and other healthcare providers living in the fourteen states that have yet to expand or in those rolling back eligibility have the political capital to influence voters and state legislatures. It is our responsibility as clinicians to vocalize support for measures that have proven effective for the communities we serve. Now more than ever, facing an administration actively cutting Medicaid enrollment, we must resist efforts to deny our patients access to their healthcare, and raise our voices for further expansion of health insurance coverage for all.