How Maunakea Teaches Us to Practice Medicine 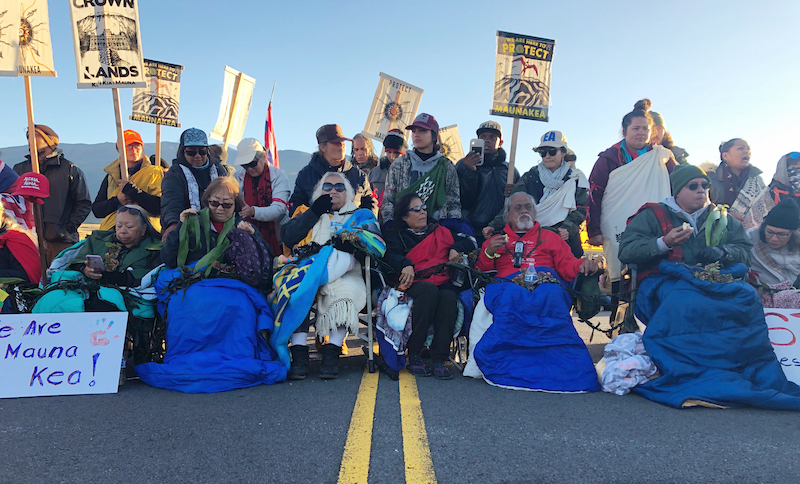 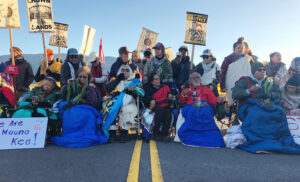 For over a month, Kānaka ‘Ōiwi (Native Hawaiian) elders and community members have stood in solidarity at Maunakea in Hawai’i. They seek to protect their land, sovereignty, and culture from those who want to build the Thirty Meter Telescope (TMT) on Maunakea. Maunakea holds both cultural and spiritual meaning to the Kānaka ‘Ōiwi. Unfortunately, many astrophysicists and TMT investors see Maunakea primarily as a means to make scientific discoveries. The frequent narrative where Indigenous people need to defend the value of their traditional knowledge[1], beliefs and culture to Western scientists is a very familiar story that is often replicated in healthcare, both at home in the U.S. and abroad.

Traditional medicine, as defined by the World Health Organization, is the “knowledge, skills and practices based on the theories, beliefs and experiences indigenous to different cultures, used in the maintenance of health and in the prevention, diagnosis, improvement or treatment of physical and mental illness”. Looking at this definition, it is clear that traditional medicine practiced by Indigenous people has equivalent goals to modern Western medicine. Therefore, are we harming our patients when we do not incorporate traditional approaches harmoniously to the practice of healing, and instead value Western medicine over traditional medicine?

The arguments for putting TMT on Maunakea follow a similar reflex to reject knowledge that is different from our own. Thankfully, letters and activism rallying against the construction of TMT on Maunakea, from both Indigenous communities and scientists, are highlighting how Indigenous people are not anti-Western science. In fact, they are beginning to envision how collaboration between Traditional Knowledge and Western science is possible, and potentially even synergistic. Similarly, Western healthcare, too, must foster an approach that centers Traditional Knowledge for Indigenous communities.

How can current and future healthcare providers promote the value of both Traditional Knowledge and Western science, and thus promote trust and collaboration between providers and patients?

In 2006, researchers conducted a study in the Northern Midwest to determine whether Native Americans[1] in this region preferred traditional or Western mental health services for substance abuse treatments. The study reported that 31% to 71.7% of participants found using community and traditional treatments to be effective resources for their health conce 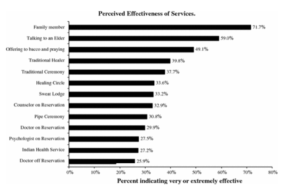 rns. In contrast, the perceived effectiveness of Western-trained doctors is considerably lower (26%). Looking at this study, there is a clear disconnect and lack of trust between Western-trained healthcare providers and Native American communities, which the study authors believe stem from enculturation and experienced discrimination. This study clearly highlights the need for Western-trained doctors to begin acknowledging and respecting each Indigenous community’s traditional knowledge and beliefs. Not working harmoniously with cultural traditions and what patients are comfortable with will erode trust and limit the health outcomes of patients.

Dr. Kim Tallbear (Sisseton-Wahpeton Oyate), a genomics researcher and Associate Professor of Native Studies at the University of Alberta, has helped build a framework to model how Indigenous thought and concepts from Western science can come together. First, we must find ways in healthcare to “resist colonial science” (science that emerged from the exploitation of colonized people). Second, we need to understand how to “collaborate in good science”.

One example of resisting colonial medicine can be done in reevaluating how one’s wellness is addressed. Instead of emphasizing physical health, we can use a more holistic approach to assess health status. 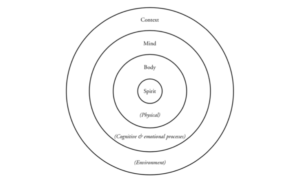 Above is an example of a Native Model of Wellness from a study done in 2009 to determine the Native American perspective on wellness. Physical, cognitive, emotional, and environmental factors of wellness are all considered when examining one’s wellness. Although this model may vary from tribe to tribe, it is one example of a non-Western perspective that doctors can adapt into their approach to be more fitting for specific patient populations.

Next, Tallbear’s model highlights the importance of collaborating in good science. Similar to collaborating across medical disciplines to coordinate care and share expertise, this may involve seeking expertise from Native community members about how tribal protocol and social factors can be best reflected into their healthcare. Each tribe has been impacted by colonialism differently and has faced both genocide and ethnocide since European arrival. Great medicine for Native people cannot occur unless clinicians unlearn what they were taught about European arrival into the Americas. (In later blog posts, we will discuss specific experiences, outcomes, and worldviews that will impact how doctors should interact with Native patients.)

The Kānaka ‘Ōiwi protests against TMT on Maunakea shed light on the systemic pattern of Western science’s typical disregard of Traditional Knowledge. To provide the best care for Indigenous people, distinct worldviews must be recognized and respected by clinicians. What has been taught in Western education systems must be broken down so the notion that Western methods are above all others can be halted. Coming together will benefit both the provider and the patient. The provider will better understand their patient’s worldview and the patient will feel heard and valued.

[1] All participants were tribally enrolled. Specific tribal affiliations were not disclosed.

[1]  We are using the Inter-Governmental Committee definition of Traditional Knowledge (TK), which is established as the “knowledge, know-how, skills and practices that are developed, sustained and passed on from generation to generation within a community, often forming part of its cultural or spiritual identity”. We are using TK rather than Indigenous Knowledge (IK) because Gregory Younging (Opsakwayak Cree Nation) surmises that TK is 95% IK and IK is often interpreted to be more static.