Food Sovereignty in the Age of a Pandemic 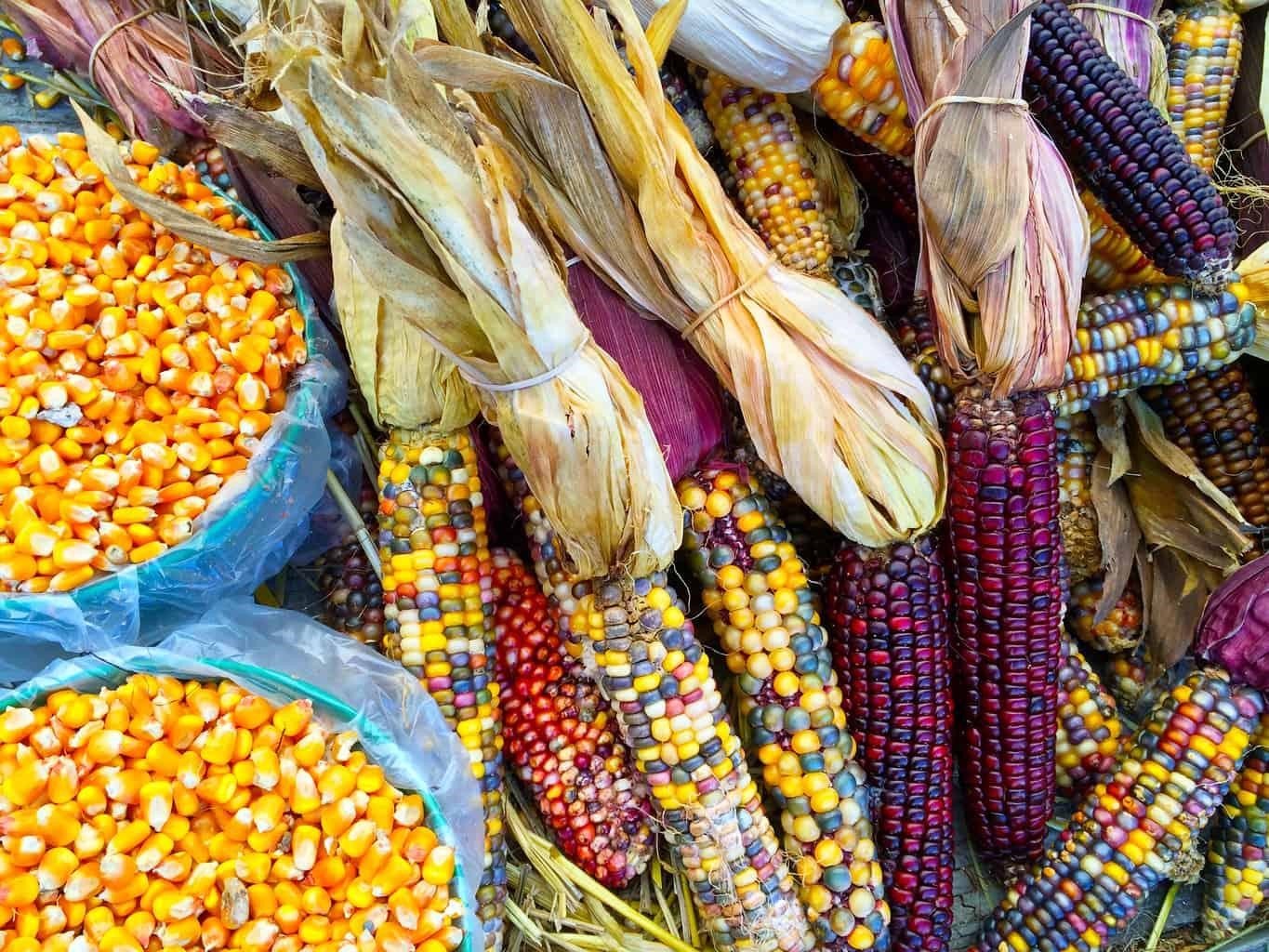 One of the most effective ways to prevent chronic illnesses is eating a healthy diet filled with fresh fruits and vegetables. Unfortunately, this option is not available to everyone. Over 25% of all Native Americans suffer from food insecurity, which is defined as the limited and uncertain availability of healthy foods.[1]

“Food insecurity dates back to the start of colonization and resources taken from the people…Native people’s food systems were wiped out,” says Raphael Tapia Jr., Vice President of programs at Partnerships With Native Americans (PWNA), a nonprofit organization that champions a brighter future for Native Americans living on remote, isolated, and impoverished reservations. The lack of access to preferred native foods is primarily due to restrictive laws that reduce availability, and habitat degradation that occurred during settler colonialism. The limited access to native foods is subsequently a strong predictor of food insecurity.

Traditionally, indigenous communities sourced food directly from their land via hunting and gathering. After Native Americans were wrongfully relocated to reservations and the federal government started a commodities program that distributed mainly processed foods like white flour and lard, Native Americans subsequently experienced a rise in chronic illnesses resulting from food insecurity. Native Americans now have some of the highest rates of diabetes, obesity, and high blood pressure.[2] As food insecurity increases, vegetable and fruit consumption declines greatly, contributing to increased cancer and cardiovascular risk.

A 10-year annual cross-sectional analysis of food insecurity prevalence by race and ethnicity showed that American Indians/Alaska Natives (AI/ANs), Black Americans, and Hispanics report the highest food insecurity across all years. A recent study done prior to the COVID-19 pandemic showed that 92 percent of the households in the Native American tribes in the Klamath Basin in northern California/southern Oregon suffer from food insecurity. 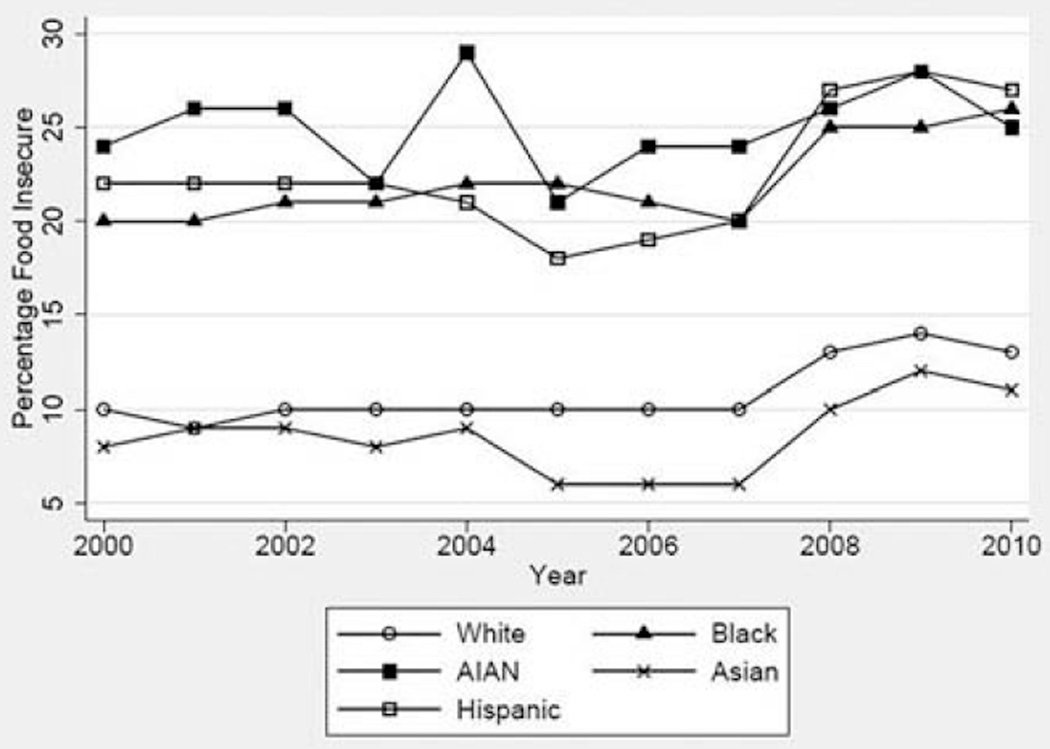 Today, the COVID-19 infection rate per capita is 3.4 percent in Navajo Nation — nearly twice that in New York City. The “panic-buying” at grocery stores and financial hardships caused by COVID-19 worsened the severity of food insecurity and has prompted a greater urgency to address the issue.

Navajo Nation has only 13 grocery stores for over 173,000 people living on the reservation – the size of West Virginia and spanning Arizona, Utah, and New Mexico.

Navajo Nation has only 13 grocery stores for over 173,000 people living on the reservation – the size of West Virginia and spanning Arizona, Utah, and New Mexico. Trips to buy food and necessities can take hours. Sometimes, those hours are in vain when the shelves are empty because of supply chain interruptions.

Current government programs that combat food insecurity in tribal areas include the Supplemental Nutrition Assistance Program (SNAP), where nutrition benefits are given to supplement the food budget of low-income families, and the Food Distribution Program on Indian Reservations (FDPIR), where food packages are provided to low-income individuals living on Indian reservations. The FDPIR was created in 1977 and is a good alternative to the SNAP program due to the difficulties many tribal members have accessing stores that sell food. The nutritional quality of FDPIR packages has also increased significantly since 2010 with the inclusion of fresh fruits and vegetables in monthly packages.

Though grocery stores are not easily accessible, many Native communities have another asset that allows them to return to the traditional “hunting and gathering” way of eating and to fight food insecurity — space.

Though grocery stores are not easily accessible, many Native communities have another asset that allows them to return to the traditional “hunting and gathering” way of eating and to fight food insecurity — space. For example, each home in Navajo Nation has a plot of land that stretches at least an acre wide, where they are able to grow, say, a cornfield.

Numerous organizations such as Project Grow, the Indigenous Seed Keepers Network, and Native Seed Network all encourage growing food as a method to build community and wellness. Other community members and organizations are combating food insecurity by creating videos that show cooks around the country how to recreate traditional recipes, effectively harvest from gardens, and reduce food waste. 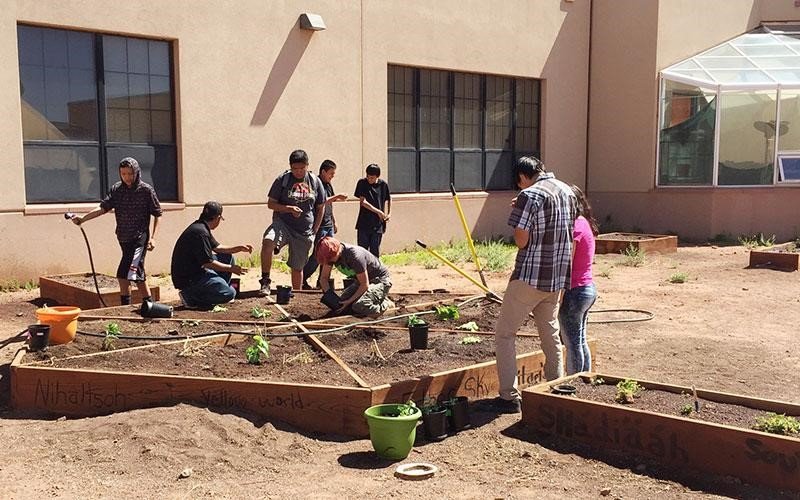 Figure 2. Navajo youth are learning how to grow their own food here with the help from Partnership with Native Americans.

After COVID-19 hit, Cynthia Wilson, a Navajo native with an herbalist mother and medicine man grandfather, started the Seeds and Sheep program that provides Navajo people with sheep to raise and seeds to jump-start their own garden.

Wilson mentions, “In a larger context, I feel that the pandemic kind of opened up people’s eyes when it comes to sourcing food, that we can’t always depend on the grocery stores when something like this happens, that you should always go back to our self-sufficient lifestyle over the longer term.”

Because a healthy diet is so integral to good health and disease prevention, physicians play vital roles in addressing food insecurity. In addition to encouraging healthy diets during visits, providers should screen for food insecurity, refer patients to local organizations and federal nutrition programs like SNAP and FDPIR, and educate patients about the potential option to grow their own food. Physicians can advocate for native people’s food sovereignty, which will ultimately allow indigenous populations to take charge of their own health.

“The last time I looked in my medical textbook, the most effective therapy for malnutrition is food.”