Climate Change is not an “Equal Opportunity” Crisis 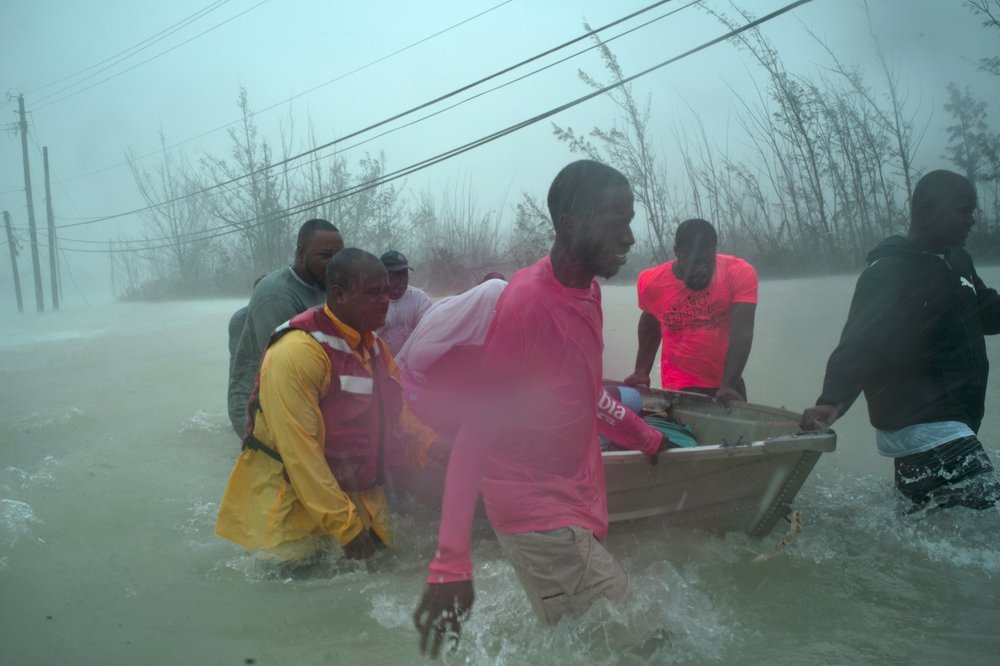 In the last fifteen years, we have witnessed dozens of natural disasters affecting our most vulnerable patients, from post-hurricane victims in Haiti to drought and famine refugees in Malawi. The vast majority of these patients suffered from acute on chronic disasters, culminating in life-threatening medical illnesses. Yet, during the course of providing clinical care and comfort, we rarely, if ever, pointed to climate change as the root cause of their conditions. The evidence for climate change is not new, but the movement for climate justice is now emerging on a large scale, and clinicians should play an active role.

Let’s be clear: there is no such thing as an “equal opportunity” disaster. Yes, climate change poses an existential threat to us all, but not on equal terms. When nature strikes, it has always been the poor and historically underserved who are most vulnerable to its wrath. Hurricane Katrina provides an example of how natural disasters target their victims along racial and socioeconomic lines even in the wealthiest nations. Writes TalkPoverty.org, “A black homeowner in New Orleans was more than three times as likely to have been flooded as a white homeowner. That wasn’t due to bad luck; because of racially discriminatory housing practices, the high-ground was taken by the time banks started loaning money to African Americans who wanted to buy a home.” Throughout the world, historically marginalized communities have been pushed to overcrowded, poorly-built, and unsanitary neighborhoods where natural disasters invoke much greater harm. 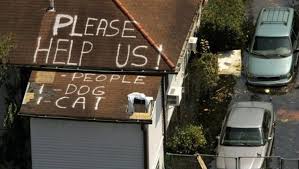 Photo from video on Democracy Now! article: “New Orleans After Katrina: Inequality Soars as Poor Continue to Be Left Behind in City’s ‘Recovery” 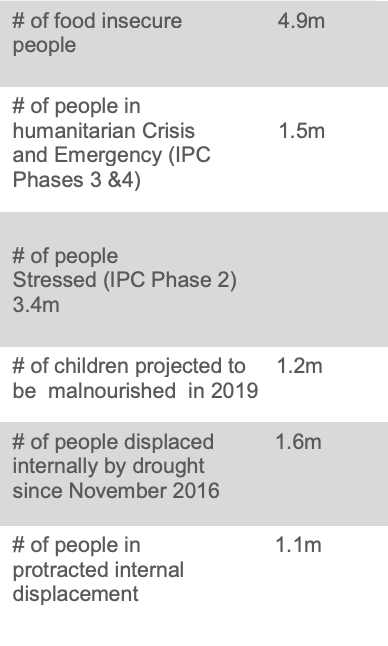 Moreover, resource-denied countries have the greatest economic reliance on agriculture, which is by far the most vulnerable industry to anthropogenic weather changes. Throughout the Horn of Africa, droughts have been recorded at historically intense levels (the 2016-17 rains in Somalia are the driest on record) and have destroyed the economic sustenance of millions of farmers. According to Oxfam, “The region was hit by an 18-month drought caused by El Niño and higher temperatures linked to climate change.” They estimate that 10.7 million people currently face severe hunger throughout Ethiopia, Kenya, Somalia, and Somaliland as their crops and cattle die. With resource-denied countries such as these relying so strongly on agriculture to keep their economies afloat, the World Bank reported that climate change has the ability to send more than 100 million people into poverty by 2030. More than 23.3 million people are already in need of humanitarian aid in the Horn of Africa.

Climate change has already made certain regions of the world uninhabitable and threatens the sociopolitical stability of numerous others. According to the Internal Displacement Monitoring Center, there were 18.8 million climate-related displacements in 2017 alone. The Syrian Civil War, which left millions in search of a new home and catalyzed political instability throughout the region, holds climate change as one of its many contributing factors.

Unfortunately, these patterns show no signs of slowing down. Globally, the number of weather-related disasters has tripled since the 1960s. In September, Hurricane Dorian battered the Bahamas and left a humanitarian crisis in its wake; thousands are homeless, without food, water, and electricity as the islands remain flooded. This was just two years after Hurricane Maria destroyed thousands of homes in Puerto Rico and only one year after Hurricane Matthew killed 49 people and caused $10.8 billion in damage in North Carolina. The United States Geological Survey reports, “With increasing global surface temperatures the possibility of more droughts and increased intensity of storms will occur.”

The classification of hurricanes, tornadoes, and droughts as “natural” disasters suggests their origin are separate from human behavior, that they exist purely in the realm of nature where man has no influence. But if we look at the destruction they have caused historically, we see that their effects are almost completely determined by human action, specifically our social, economic, and political policies that continue to leave some more vulnerable than others. While the Silicon Valley dreams of future technological solutions to climate change, there are social policies that we, as healthcare professionals, can address right now.

Climate change is a public health emergency, and as guardians of the public’s health, it is our role as healthcare professionals to continuously stress the magnitude of the situation. We must assert with medical expertise that as “natural” disasters intensify and transform entire ecosystems, the poor and historically underserved have been, and will continue to be, the hardest hit. By providing honest, evidence-driven accounts of climate change and its health consequences, healthcare professionals can elevate the voices of millions who are left out of most contemporary climate movements and bring their stories to the fore as we continue to fight climate change together.